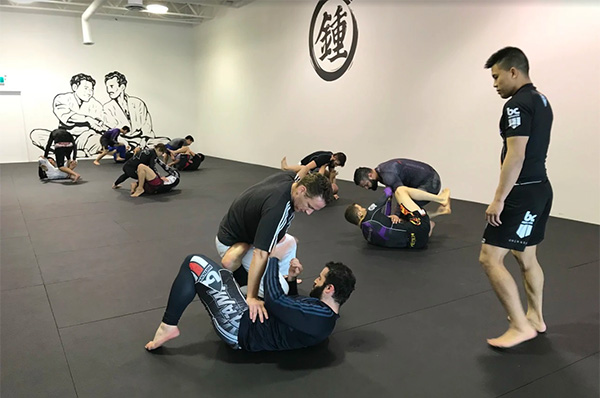 Brazilian Jiu Jitsu is a martial art and fighting technique that is designed to help people of any size defend themselves. It’s also a terrific way to tone and firm your body and reap the health benefits of martial arts.

Adults class (over the age of 16) is primarily focused on sports BJJ, students will learn the fundamentals of BJJ and basic techniques including self-defense. Class structure is formed around a warm-up, a lesson in technique, partner training to practice the technique from the lesson and rolling (sparring). 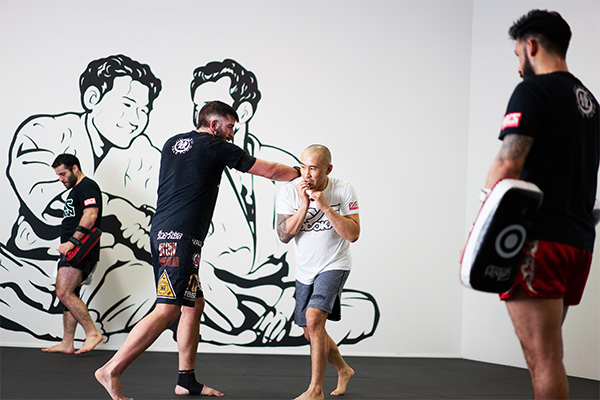 Whether for competition or fitness, challenge your body with our Kickboxing & MMA classes!
Take Your Combat Skills and Fitness to a New Level

Kickboxing & MMA is an intense but FUN form of martial training that’s been embraced by some of the greatest athletes in the world. Come challenge yourself both physically and mentally with our Kickboxing &  MMA classes!

Kickboxing is a group of stand-up combat sports based on kicking and punching, historically developed from Karate, Muay Thai, and Western Boxing. Kickboxing is practiced for self-defense, general fitness, or as a contact sport. Japanese kickboxing originated in the 1960’s, with competitions held since then. American kickboxing originated in the 1970’s and was brought to prominence in September 1974, when the Professional Karate Association (PKA) held the first World Championships. Historically, kickboxing can be considered a hybrid martial art formed from the combination of elements of various traditional styles.

Mixed martial arts (MMA) is a full-contact combat sport that allows both striking and grappling, both standing and on the ground, using techniques from other combat sports and martial arts.

Shoot Boxing – Standing Vale Tudo is the training methodology at the Kodokan to complement your Brazilian Jiu-jitsu to round out your skill set. A fusion of Sanda, Muay Thai, Western Boxing and Dutch style Kickboxing; integrating kicks, punches, knees, elbows, sweeps, throws and takedowns. Using no way as way. Having no limitation as limitation.

The classes have a friendly and motivating atmosphere to help develop you both physically and mentally. Safety is a top priority at the Kodokan and proper control is emphasized during training. Students will learn how to kick, punch and use their knees and elbows, in addition to learning how to hold pads and work with partners. Through striking combinations, during 2-3 minute rounds, students are introduced to our formula of consistency, pad work, combinations, tempo and most importantly safety. 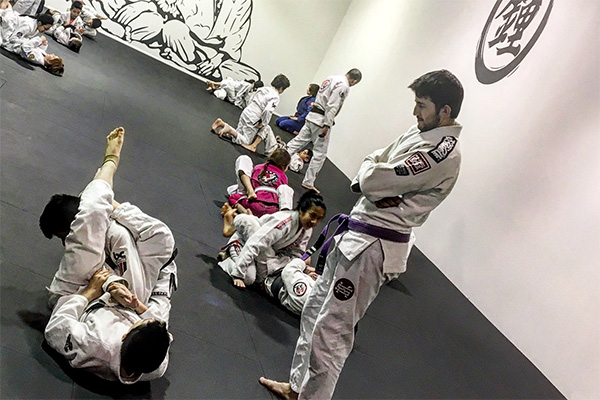 Give Your Kids the Lifelong Gifts of Personal Success, Confidence, Discipline and Self-Defense…
While Making Sure They Have a TON of Fun

Martial arts classes normally makes you think of self-defense, being strong, fit and safe. The truth is, it’s all that and WAY more!

A FEW WORDS
FROM RANDY CHUNG

I’m Randy Chung, Owner here at Kodokan YYC. As a martial arts instructor with extensive experience training kids, there is nothing better than seeing them grow firsthand. But more important than the martial arts skills they learn… is the personal skills they develop and carry for life. Because martial arts is so much more than just kicking and punching, and getting the next colorful belt. It’s about developing confidence, discipline, character, focus and respect. With every class we teach, your kids are growing in mind, body and character. That’s because martial arts provides instant positive feedback. Through learning to focus on the core moves, they develop discipline and respect. They can instantly see and feel a difference, making them destined to build confidence, self-awareness and self-respect. And of course it’s a ton of FUN! That’s why I love teaching martial arts to kids in this community, and why I know your kids are going to LOVE training. So please contact us to find out exactly how your kids can benefit from our fun martial arts classes. Thanks!

Secure your spot and get started today with our EXCLUSIVE offer!